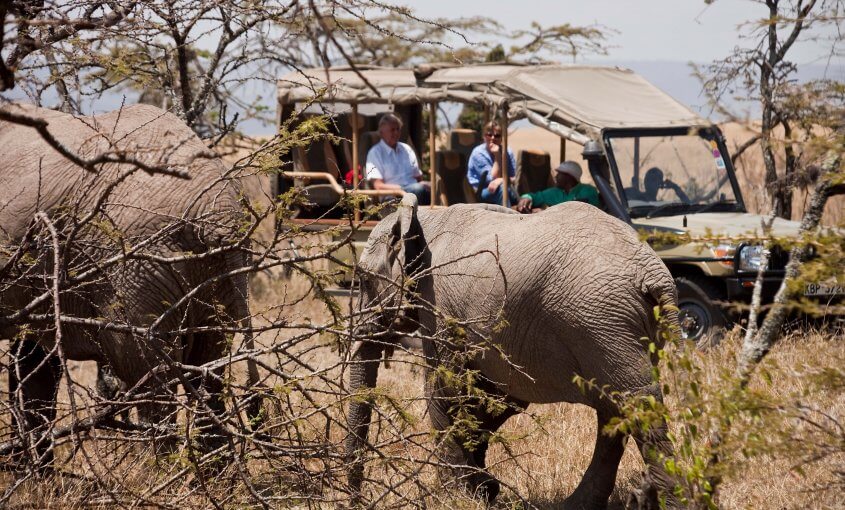 Following the call for submission of memoranda in the matter of consideration by the National Assembly of the Bill mentioned in the Tax Laws (Amendment)  Bill, National Assembly Bill No.11 of 2018  published in the Daily Nation Newspaper dated 23rd April 2018; The Kenya Wildlife Conservancies Association (KWCA) on behalf of wildlife conservancies in Kenya submitted its petition as follows;

Section 5(2) of the VAT Act 2013 provides that VAT tax payable shall be zero per cent if the supply is zero rated or in any other case, sixteen per cent (16%) of the taxable value of the taxable supply.  In the fore-going, conservation fee levied on guests visiting wildlife conservancies in Kenya is subject to 16% VAT as it is neither classified as VAT exempt nor zero rated in the VAT Act 2013.

The potential income to government from charging VAT on conservation fee is far outweighed, by the multiple benefits conservancies provide to the nations through maintaining wildlife populations, diversifying and boosting tourism, creating employment to local communities and promoting livelihoods which safeguards access to social amenities including food security. The growth of tourism in conservancies is where real income to Kenya lies not by charging VAT on conservation fee.

Contrary, national parks and national reserves, have the park entry fee exempted from tax under section 24 of the VAT Act.  The differentiated treatment of wildlife conservancies from national parks and national reserves is an oversight considering that conservancies are legally recognised as wildlife conservation areas under the Wildlife Conservation and Management Act 2013.

Further, the taxation negates the principles provided in the Wildlife Act (Sec 5) that conservation and management of wildlife shall be devolved to owners and managers of land where wildlife occurs and government shall encourage wildlife conservation as a form of recognized land use on public, community and private lands.

The above KWCA recommendations is in recognition that conservation fee was not subjected to tax until VAT Act 2013 and considering that;

The potential income to government from charging stamp duty on conservation leases is far outweighed, by the multiple benefits provided by landowners conserving wildlife through income tax from wildlife tourism, provision of space for wildlife, creation of employment to local communities and development of local infrastructure including schools, dispensaries and provision of water.

Section 5 of the Stamp Duty Act Cap 480 (Rev. 2015) requires stamp duty to be charged on every instrument specified in the schedule to the Act whosesoever executed for property situated in Kenya.  The Act under section 117 provides the transactions to which stamp duty is exempted while Part IV identifies circumstances which relief is made to stamp duty liability.

Registration of leases is generally not tax exempt or relieved by the Act.  In the fore-going, leases registered to secure land rights for wildlife conservation are also subjected to stamp duty taxation.  The reforms in land laws and policies including the Land Act 2012, National Spatial Plan 2017 as well as the Wildlife Conservation and Management Act 2013 recognise wildlife conservation as a form of land use.

Subjecting stamp duty on land registered for wildlife conservation will;