“The More we Reflect, the More we Learn and Find Solutions.”

Home » News » “The More we Reflect, the More we Learn and Find Solutions.” 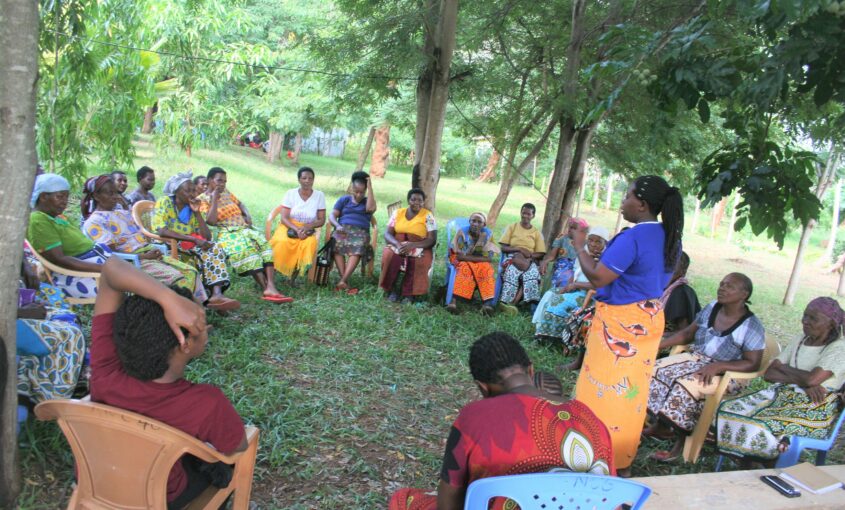 Hezron grew up in Bungule Village, Kasigau Ward, Taita Taveta County, approximately 9kms from Kasigau Conservancy. His father ardently believed in being a good community member and participating in environmental conservation. Growing up in the Kasigau community, he saw few women involved in tree planting and ranching activities. Women were mainly in the house, fending for their children and husbands, carrying out household chores and not involved in any community discussions. He learnt about environmental conservation from his father and the male figures in his community.

Now in his early 30s, Hezron understands why there has never been a woman board member in Kasigau conservancy. Social norms, women’s inferiority complex and subordination, hinder women from participating in conservancy matters. The men are also responsible for registering their families into the conservancy membership and determining how it is managed and governed.

As the member and communication officer for Kasigau conservancy, Hezron is among six community champions selected in November by his colleagues to facilitate Social Analysis and Action (SAA) dialogue sessions in Kasigau Conservancy. SAA is a community-led social change process through which individuals and communities explore and challenge social norms, beliefs and practices around gender and sexuality that shape their lives.

KWCA, through the USAID RISE project, is working with CARE International, the developers of SAA, to promote gender equality and end gender-based violence in Kasigau Conservancy. Hezron was among the 20 staff and board members who participated in a five-day SAA training and emerged as an SAA champion selected to facilitate gender dialogues forums to challenge inequitable social, gender and power norms within Kasigau conservancy.

Hezron was among six colleagues selected to be SAA champions due to their awareness of gender, level of trust, grasp of the training content and participation, convincing power and interest in volunteering as a facilitator. It is the first time the champions are engaged as facilitators to discuss gender issues. So far, they have held six SAA dialogue sessions in Bungule and Rukanga villages. The session discussions comprise gender, gender-based violence and norms that hinder women from participating in conservancy decision-making. The groups include men and women above 35 and below 35 who meet separately for these discussions.

Hezron notes that sexual violence in Rukanga and Bungule villages is the most common form of GBV among young women aged 12-30 years, followed by physical violence. Facilitating such sessions is not easy for Hezron and the other champions, “it requires excellent facilitation tactics, skills and knowledge to engage the community, especially young women. Not everyone will open up on GBV cases, especially to a gentleman.” He says. But his approachable personality and “little” knowledge of GBV have attracted friends and relatives who seek counselling support from him.

Before joining Kasigau conservancy and undergoing SAA, Hezron helped counsel two female survivors. While supporting them, “I learnt that the structures that handle GBV cases at the village level could not support them hence loss of hope by women to seek justice.” He says.

According to a report conducted by the Taita Taveta County Government directorate of gender, in the first half-year of 2021, cases of GBV reported in the county stood at 1,929 teenage pregnancies, 829 cases of physical violence and 219 SGBV cases.

Village elders handle cases of GBV at the village levels. “A gender committee comprising of village elders has been instituted to address complaints of GBV. However, they are ineffective because they lack the training to handle delicate matters such as GBV; the village elders will often refer the cases back to the family. These make it harder for young women to report.” Hezron says.

With SAA guidance, the six champions are learning to identify the different forms of GBV and how they manifest, the gaps in solving GBV cases and strategies to address GBV cases in the community. Hezron says making sense of gender norms, laws, and the agencies supposed to enforce them is like solving a puzzle. “But the more we reflect,” he says, “the more we learn and find solutions.”

Facilitation is no easy feat. It requires active listening, asking questions, creating focus amongst the group, managing the group discussion process, clear communication and establishing a psychologically safe environment for sharing. KWCA, with support from CARE International, will continue to build the capacity of Hezron and the five champions on facilitation skills and reflections on GBV to enable them to conduct practical dialogue sessions.

While there is so much work still ahead on GBV, Hezron says he’d like to support the women in the village to seek counselling and justice and ensure they are safe in their environment. He adds, “but that will only happen if we are empowered to synergise, share information and create awareness to end Sexual Gender Based Violence (SGBV) and make the authorities and those in power listen and help end GBV.”