Home » News » The Role of Conservancies in Curbing Desertification and Drought 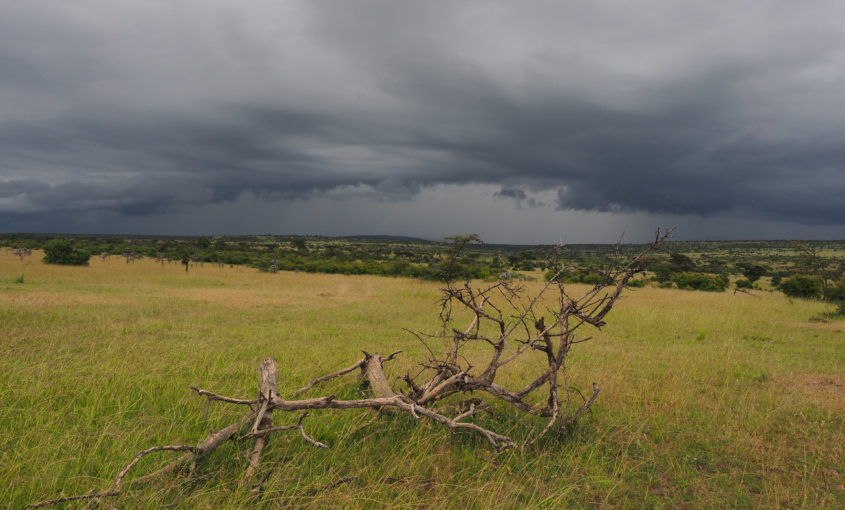 June 17th is the World Day to combat desertification and drought. It was declared  in December 1994, by the United Nations General Assembly,  to give an opportunity to highlight the urgent need to curb the spread of deserts and ravaging droughts, both serious environmental threats in Africa.

In Kenya, communities in the northern frontier counties, coastal areas and many parts of the Rift Valley are already feeling the heat of what looks like early signs of depressed rainfall and likely drought. Some parts of the country are already going to be facing desert like conditions.

The dual challenges of desertification and drought are some of the world’s most complex challenges, as they portend many other global challenges and a threat to community and national stability. This calls for urgent action at local and global levels.

But how can such a complex threat be addressed and whose action matters? Large scale efforts to combat drought and desertification at the continental scale through the 15km wide great green wall have their place. To address this challenge, the action of individuals or communities in managing rangelands and rangelands resources may be the ultimate solution.

Deserts, drought and their willing ally, climate change are reinforcing processes that impoverish the lands and the land dependent communities. Deserts are mobile in space while drought is periodic in time. The severity of both is intensifying while the interval is  shortening with devastating localised impacts.

This is made worse by the rapid rise in global warming which causes faster drying of available precipitation causing more drought. A common denominator to these processes is the removal of topsoil, grass cover and plant material leading to  spread of bare ground. This is where, small scale, community centred, localised efforts remain the most promising option in Kenya’s rangelands.

The Kenya’s rangeland constitutes up to 80% of the land area, are most iconic and the driver of the livestock, wildlife and tourism economy. These sub sectors combined contribute  over 20% of the country’s GDP. The rangelands in Kenya are home to 14m indigenous cattle, 17m sheep, 28m goats, 2.9m camels and almost all the national parks and reserves. They also host up to 20 million people. A common feature in these rangelands is large movement of people, domestic animals and wildlife, resource use competition, occasional conflict between pastoral herders, mainly due to water and pasture scarcity.

Recently,  a conflict between 2 pastoralist herders over pastures access resulted in the untimely death of 6 people, in Buffalo Springs National reserve. Recurrent conflicts over grazing rights in a wildlife reserve epitomise this crisis. These are all signs of a fast drying environment crying for  urgent action. And while there is a consensus  on the urgency  of the agenda, the approach remains contentious.

To succeed, several steps are necessary. There is need for long term approach through stepwise interventions at the smallest land unit. This should be handled at the community institutions. These actions will be aimed at  boosting the ability of the land to recover, absorb water, grow biomass and maintain vegetation cover.

The conservancy concept now taking root in Kenya might offer some practical lessons in curbing desertification and minimising impacts of drought and climate change. A conservancy despite many approaches employed is simply an approach to mainstream conservation outcomes in land management. The relevant actions ensure rain water is absorbed, grass grows to cover bare ground and trees and thickets are established. Such an area absorbs carbon, reduce the spread of bare ground and hence build capacity for resilience and ability to withstand the next drought.

But just how do conservancies achieve this. Foremost, establishing a conservancy require an area of land, marine area, wetland or forest owned by a single or multiple landowners or a community. In majority of cases, the pre-conservancy condition is a degraded, overgrazed area where traditional systems of land management have secured open access grazing for the community in the past.

To keep top soil, grow grass, trees, and reduce bare ground, thereby sequester carbon, mitigate climate change and minimise impacts of drought, a conservancy adopts a management regime supervised by the conservancy board, grazing committees and community rangers. Contrary to some misinformation that conservancies exclude community livestock, the grazing plan based on traditional grazing norms, manage grazing by moving livestock across conservancy zones and blocks. This allows the livestock to be less selective in the open grazing blocks, while allowing rest and regeneration on the closed blocks.

While this sounds like an innovation, it is in fact the recreation of how communities such as the Maasai, Samburu, Rendile, Ilchamus, Turkana, Borana and other pastoralist maintained the land in a functional state. Only this time it is being formalised and institutionalised to address internal forces such as weakening traditional norms that regulated grazing and livestock being pushed to smaller areas and external factors such as immigration of non-pastoral communities, land privatisation, drylands agriculture, large infrastructure and the influence of local and external cattle barons. These external forces can no longer not be managed by using traditional grazing norms that required a deep understanding and abiding of cultural penalties for non-compliance including the respect of elders’ directives.

The grazing arrangements and vary depending on rainfall and livestock, but generally, negotiated community written or unwritten by laws or rules allows the conservancy to make use of grass optimally. While some conservancies have a rotational all year grazing plan, other may set aside grass banks, areas not grazed in wet season, and grass used during drought.

There is scientific evidence that non managed open access areas, where traditional grazing management is weak, plant diversity and productivity has declined, biomass is at lowest and the ability of the rangelands to recover from drought and flood shocks is compromised. These  are early signs of desertification.

Evidence points to positive impacts of this grazing model to nature. A remote sensing analysis of conservancies in northern Kenya over the last decade indicate that green vegetation, leaf litter and ground moisture has significantly increased in conservancy area compared to non-conservancy area.

These positive vegetation changes are indicators of improved habitat condition as a result of sustainable grazing management. In the Mara area where 6 conservancies have been in existence over the last 2 decades, the vegetation cover has increased compared to most areas of rangelands in the country where vegetation declined over the same period.

The conservancy model of land management therefore promises a practical way to mitigate  drought, curb desertification and hence manage climate change. To benefit from this model, more efforts are needed to expand geographic coverage, governance effectiveness and investment from government, public benefit organisations and private sector, and a stronger participation by the beneficiary communities.

Read the shorter version of this article which was published in the Daily Nation on 22nd June 2021.