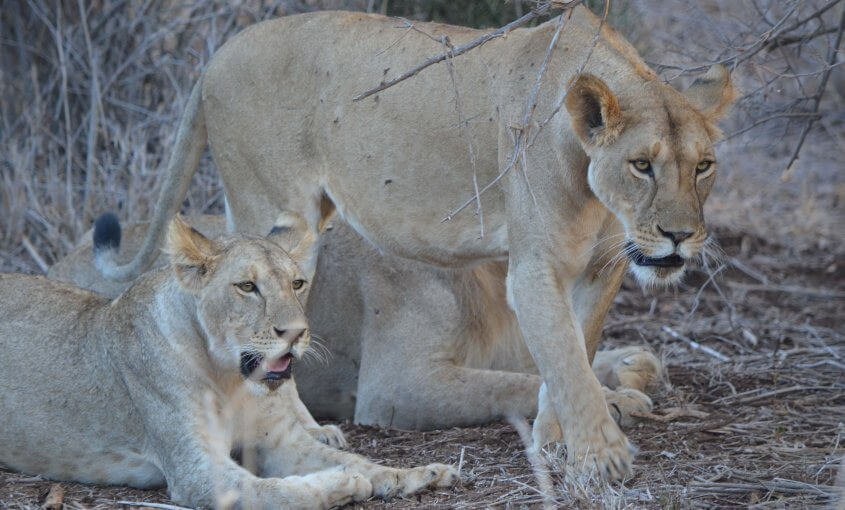 In the March 23rd copy of the Daily Nation, Features writer Leopold Obi captured the story of how our member Eselenkay Conservancy which lies on 5,000Ha  at the centre of a community ranch in Amboseli is bustling with a growing population despite a sharp decline in their numbers due to  human wildlife conflict and habitat loss.  An Excerpt of the story follows below. The full article can be read here.

A similar story was featured on 4th March by Andrew Ochieng of NTV in the 9 o’clock news bulleting to mark World Wildlife Day under the theme  ‘Big Cats: predators under threat.’ The video is available here.

Near the foot of Amboseli National Park in Eselenkei Conservancy, senior warden David Kitasho gazed down at a pride of lions lapping water at a nearby water point.

Kitasho, whose name means a double lion killer in Maasai, watched delightedly as the large carnivores rolled themselves on the ground before they disappeared into some thickets not far away from the shallow water pan.

Though not a lion killer himself, the warden says he got the name from his father, who was revered by his peers and locals for killing nine lions in his Morani hey-days.

“I’m a convert. And together with other members of this community we are working tirelessly to raise awareness against killing of lions,” Kitasho announced.

Located in Kajiado South, 40 kilometres off Sultan Hamud, Eselenkei Conservancy may not appear on any geographical map as an iconic location.

But the 5,000 hectares community conservancy, which lies at the centre of a community ranch, has pristine biodiversity that is supporting lives of the much endangered lions, leopards among other wildlife.