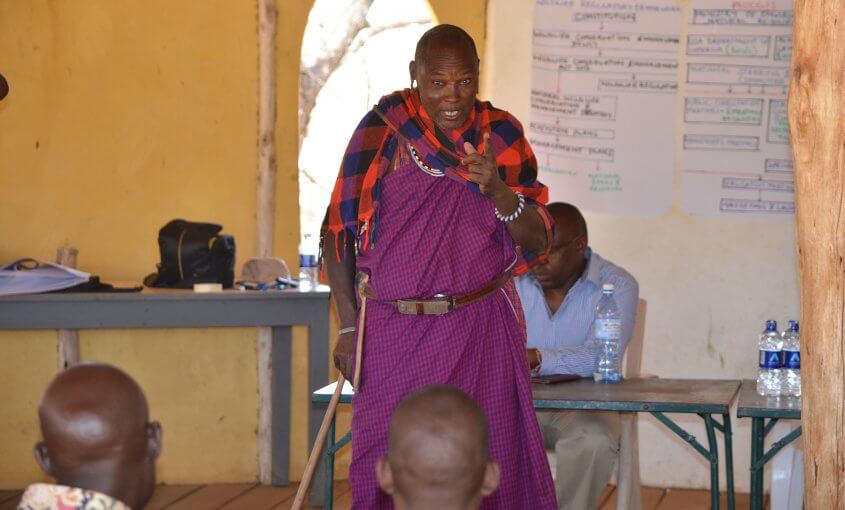 KWCA has submitted a petition on the Statute Law (Miscellaneous Amendments) Bill 2018, (Wildlife Act 2018 Section) to the National Assembly through the chairperson of the Environment and Natural Resources Departmental Committee. The petition aims to safeguard the inclusion of local communities in the governance of wildlife in Kenya, which will weaken communities involvement in conservation if  the proposed amendments are passed.

The Wildlife Act 2013 considers devolution of wildlife management to owners and managers of the land and inclusion of communities in decision-making at all levels as central to Kenya’s efforts to conserve its iconic species and wild places for the benefit of all Kenyans, and the growth of the tourism sector.

Provisions in the proposed amendments are not in line with this vision. They contravene the guiding principles on which the Wildlife Conservation and Management Act 2013 is embedded in three key ways:-

The proposed amendments seek to delete  Section 8 (2)(f) wholly and review the composition of the three board of trustees positions assigned to communities by the Wildlife Act 2013 by assigning these positions to experts without requiring the experts to be knowledgeable on community conservation issues.

This will not only take away community participation in decision-making at the national level but may also lead to the board of trustees lacking the firsthand insights needed to make informed and effective decisions on matters dealing with community conservation.

KWCA Recommendation: Cabinet Secretary to ensure that communities and landowners involved in conserving wildlife in support of the ministry and the service are included in decision-making at the KWS board, as the proposed exclusion of communities would be a major disincentive to communities involvement in wildlife conservation efforts.

Section 19 of the proposed amendments creates community wildlife committees but fails to provide functions of the committee, requiring that the Cabinet Secretary publish functions and guidelines.

It is almost five years since the Wildlife Act 2013 was enacted and only five of the 18 regulations have been gazetted. Creating a legislative institution without clearly spelling its functions is legally not good practice.

KWCA Recommendation: The Amendment Bill to include the following as the core functions of the said committee and that the Modus Operandi be provided in the guidelines published by the Cabinet Secretary:

Section 23 on Endowment Fund is deleted and replaced with Wildlife Conservation Trust fund. This entirely excludes the communities and landowners.

The fund’s purpose is to partly support community conservation initiatives as well as manage and restore wildlife conservancies.

The expertise requirements for the private sector representative in the Amendment Bill under section 23(2)(e) does not include expertise in community management, a skill that is vital if the fund is to achieve its purpose.

KWCA Recommendations:  At least one community representative body  to be included to ensure the fund is attractive to non-state actors and the private sector. This will also bring the much needed skills in what works on the ground to bear results on the investments made.